23 June 2016, 7:22 pm
Welcome back to all the players, their families and friends. We are excited to join you as spectators this summer and hope that every day is great play with your ponies!
For updated schedules and dates check the Facebook Page Bliss Polo Club or call the Bliss Store at the number below !!
SPECTATOR ADVICE : Bring unbrella’s or canopies. Chairs to sit on. Tailgaters will need to arrive early for best parking. Porta Potty on site. The Bliss Store is your GO-TO stop for refreshments and snacks. They have had some cool polo hats, and both Mike and Barb will welcome you to their store. Rules and tips explained below…scroll down…
Direction from Harbor Springs is approxamately a 30 minute drive straight north on Pleasantview Rd, with a very short east/right jog on Robinson Rd. then north/left again on Pleasantview.
OR: Try the address of the Bliss store in your GPS –  it’s 1431 East Sturgeon Bay Trail, Levering, MI 49755 …..Buy a map too!
You can arrive or depart from Polo alongside the lake by taking N Lake Shore Drive, passing Cross Village and intersecting to a right (going East) on W. Sturgeon Bay Trail. It’s longer that way but the roads take you through beautiful countryside.
BLISS STORE
CALL TO CONFIRM GAME TIMES!
1-231-537-4411
Spectator Overview

The Line of the Ball

The most basic concept in the sport of polo is the line of the ball, a right of way established by the path of a traveling ball.

The umpires’ primary concerns are right of way and the line of the ball.

The player who last struck the ball is considered to have right of way, and no other player may cross the line of the ball in front of that player. Riding alongside to block or hook is allowed, as long as the player with right of way is not impeded.

Bumping or riding off is allowed as long as the angle of attack is less than 45 degrees, and any contact must be made between the pony’s hip and shoulder.

The mallet may only be held in the right hand. Left handed players are often thought to hit with less accuracy, but guide their ponies better than their right handed peers.

Ponies play for a maximum of two chukkers per match.

See you at the games, Karin and the gang at Brek-n-Ridge Farm 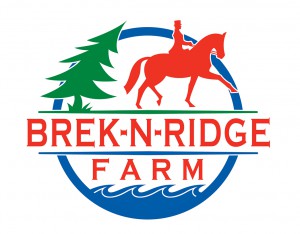